“Be the change that you want to see in the world.” (Mahatma Gandhi)

Already 10 amazing years behind me, with wonderful experiences in all forms of the media as a journalist, producer, educator, public relations and corporate communication specialist. Today, I cover a wide range of consulting activities for my clients including media training & coaching of senior executives, events coverage (emceeing, plenary and social media content creation), content strategy, in general, as well as field reporting for social media or other communication channels … My favorite topics are related to the world economy, digital and new technologies aiming to build tomorrow’s society!

With new technologies, the world has no borders, and I’ve personally never had any. I’ve traveled the world whether for reporting or emceeing of international events in more than 40 countries including the USA, China, Austria, Italy, France, Spain, Germany, Belgium, the UK, Sweden, Finland, Netherlands, Congo, Guinea, Togo, Senegal, Tunisia, Kenya, Ethiopia, Mauritius, Vietnam, Thailand, Malaysia and Indonesia.

I’m a native English and French speaker and put all my heart in the success of the projects entrusted to me. Don’t hesitate to contact me for any new adventure or to continue our fruitful collaboration!

Currently teaching Public Relations & Political Communication at the École Nationale d’Administration (ENA) and International Journalism at the CUEJ School of Journalism in Strasbourg, I’m also a Maitre de Conferences at the Sorbonne School of Management (EMS Paris 1 Panthéon-Sorbonne) in Paris.

Most of my career has been in the news business, working as a full time reporter, TV host, newscaster, editor, freelance writer or producer for a variety of media companies including Canal + (France) and People Television (Business Africa & Initiative Africa in 45 countries / 50 international channels).

I’ve worked for several clients from the private and the public sector whether for consulting, media-training, emceeing, content creation including corporate video production mainly for social media. I’m particularly comfortable with topics related to Digital, Business, Technology, Politics and Finance.

From a tiny island named Mauritius to conquering the World!

Born and raised in Mauritius, a paradise in the Indian Ocean. I grew up in a cosmopolitan and both English & French speaking island, where I studied in a very successful educational system, based on the British model. When you finish high school, you are at least bilingual and as far as I am concerned, I speak English, French, Hindi and MauritianCreole.

With this versatile background, innate curiosity and constant quest of discovering the world and other cultures, I went to Europe to pursue my higher education. I graduated both from the Cambridge University, and a Masters in Economics and BusinessManagement from Sorbonne University, in Paris. 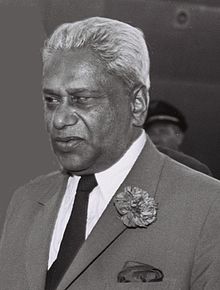 From Finance to Television, and from Broadcasting to Entrepreneurship…

During my studies in Finance, I did various internships, especially in the banking sector and I realised that wealth management was not the future I’ve dreamt about. In the summer of 2007, I had the opportunity to join I>TELE (now CNEWS) news broadcasting channel in Paris belonging to the Canal+ Group. I presented the weather reports for a couple of months. Then, in September 2007, at the end of this exciting experience, I decided to launch my own Consulting company. I have also worked in the fashion industry for brands like L’Oreal, Yves Rocher, Sonia Rykiel, Dior and Chanel. I got back to TV presentation again in 2014 for People TV as Chief Editor and Newscaster for two Business magazines entitled “Business Africa” and “Initiative Africa”. In 2020, watch me on CNBC’s world famous programme ‘Sustainable Energy’, where I’ll be contributing both as Vice Chief Editor and TV host!

The Path of Corporate Journalism

Since the creation of my company in 2007, I have developed a wide range of offerings and diversified my client portfolio. Coaching, media-training, production of corporate films, event emceeing … I use my skills and experience covering various sectors including Tech and digital, in addition to my initial domain which is Finance. Among my clients almost forty major key accounts, ranging from banking, insurance, manufacturing, aeronautics, space & defence to IT & Tech industries. You’ll find a non-exhaustive list in the page “Customer references”. I work both in French and English languages, in France, Europe, Africa, USA and all over the world. In 2018, for example, I covered the CES in Las Vegas and the Design Week in Milan for Dassault Systèmes. I hosted the annual convention of Talentsoft in Amsterdam, moderated an event during the RSNA Convention, in Chicago, for Thales and reported about the African Union’s ‘Silencing the Guns’ programme from Addis Ababa, in Ethiopia.

As you may know, any experience is only valuable if it is shared, hence I’ve been sharing it with my students at the University Paris 1 Panthéon-Sorbonne and the Ecole Nationale d’Administration as well as the school of journalism CUEJ in Strasbourg, France.

As a student, I headed to Europe because I wanted to test my ability to survive far from my comfort zone in Mauritius. Today, thanks to my Journalism profession, I travel to all corners of the world!

Let’s get in touch!